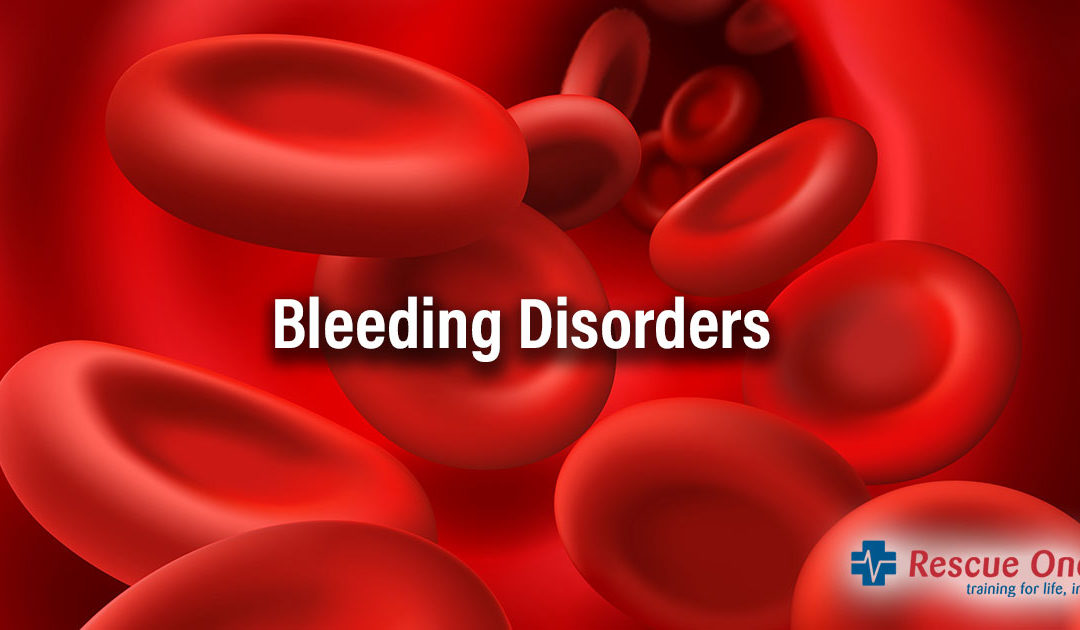 What is a bleeding disorder?

A bleeding disorder can cause abnormal bleeding both outside and inside the body. Some of the disorders can drastically increase the amount of blood leaving your body. Others cause bleeding to occur under the skin or in vital organs, such as the brain.

Bleeding disorders occur when the blood cannot clot properly. For blood to clot, your body needs blood proteins called “clotting factors” and blood cells called “platelets.” Normal blood platelets clump together to form a blood plug at the site of a damaged or injured blood vessel. The clotting factors then come together to form a fibrin clot. This keeps the platelets in place and prevents blood from flowing out of the blood vessel.

People with bleeding disorders have issues with the platelets and clotting factors in which they do not work the way they should. When your blood cannot clot, excessive bleeding can occur, and you can die of blood loss.

Symptoms of a Bleeding Disorder

Symptoms can vary. However, the most common are:

If you experience any of the above symptoms, you should consult with a doctor right away. He or she will help you determine if you suffer from any blood disorders.

Treatments can vary, and many factors are considered when treating a blood disorder. Even though there are treatments, there are no cures for bleeding disorders.

Some treatments may include:

Show your support during the month of March. Wear RED and get the conversation started in your local community and online. Get involved in the National Hemophilia Foundation “Red Tie Campaign.”

Blood disorders are very serious, and the people who suffer need your support. Spread the word and show your support!