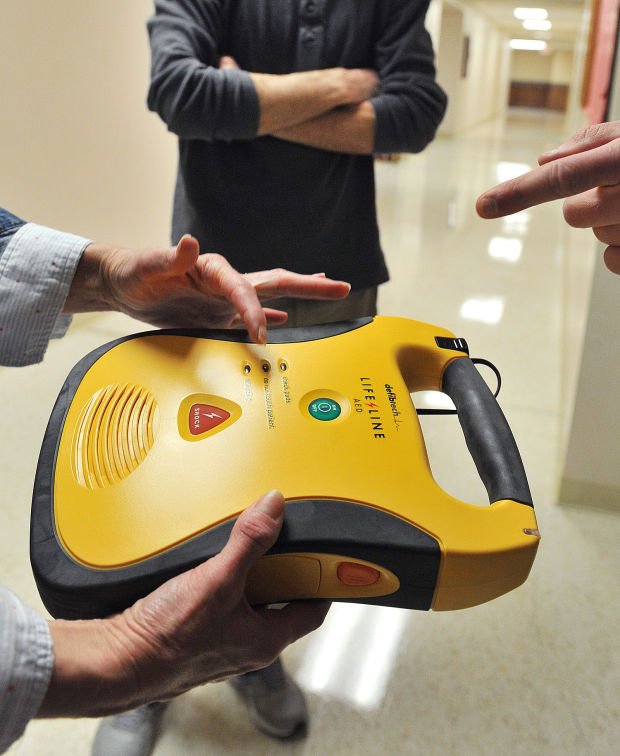 A man who suffered a heart attack during a holiday performance was saved thanks to the quick actions of people in the audience, who happened to be medical professionals. Tom Grimsrud was the deputy who arrived on the scene after the emergency call was made. When he arrived at the scene, the victim had regained consciousness. Not only was the man conscious, but he was able to hold a conversation on his way to the hospital. Grimrud stated he has been in law enforcement for 24 years and only saw this happen a few times.

Katherine Hauptman, a paramedic, stated that she was watching the performance with her children. When she saw the man go down, she ran to him and found that he did not have a pulse. She also called the paramedics and told the officials at the school to get an AED.

Don Wells, who is also a paramedic, used the AED and gave the man CPR. It took about two minutes for the man to be revived. Wells, Hauptman and other people on the scene continued to support the man until the ambulance arrived on the scene a short time later.

Hauptman states that AED was the key thing that helped the man survive the heart attack. An AED helps restore circulation. When blood stops circulating to the brain for 10 minutes, a person may suffer serious, irreversible brain damage.

Tony Kloker, who is the Montana City School Superintendent, stated that the school received the grant to purchase the AED back in 2007. This was the first time was used. Kloker stated that he had hoped the AED never had to be used.