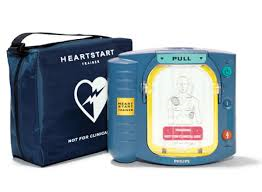 In a special investigation by the ABC affiliate in Cleveland, the Cuyahoga County Justice Center was found to have just two Automatic Electronic Defibrilator (AED) devices for a 23-story building that averages approximately 70,000 people per month.

Those numbers are in sharp contrast to other government buildings in the surrounding area. For example, throughout Cleveland, there are 155 AED devices, according to Cleveland EMS officials. Cuyahoga County’s new Administration Headquarters has an AED on each floor, as does Cleveland City Hall, the Great Lakes Science Center as well as most schools in the Cleveland school system.

Also, Cleveland Hopkins Airport has 40 AED devices, while in the next county over, the Lorain County Courthouse has an AED device on each of its six floors.

The basis for the television station’s investigation was an incident four months ago in which a Cleveland man suffered a heart attack at the Justice Center, an event that was captured on courtroom surveillance.

A court bailiff as well as a deputy immediately began CPR while a frantic radio call was made to bring the closest AED machine to the courtroom. The bailiff, Steven Gaines, estimated that between five and seven minutes had gone by before the device arrived.

According to the American Heart Association, AED’s should be used within two minutes of a heart attack or other cardiac episode. After using the device three times, Gaines and the deputy were able to save the victim.

A cardiologist who helped get AED’s placed in schools throughout the state of Ohio, Dr. Terry Gordon clearly explained why the devices can be life-savers if used quickly. “The reason time is of the essence is that for every minute that goes by—his or her chance of survival drops by 10 percent every minute.”