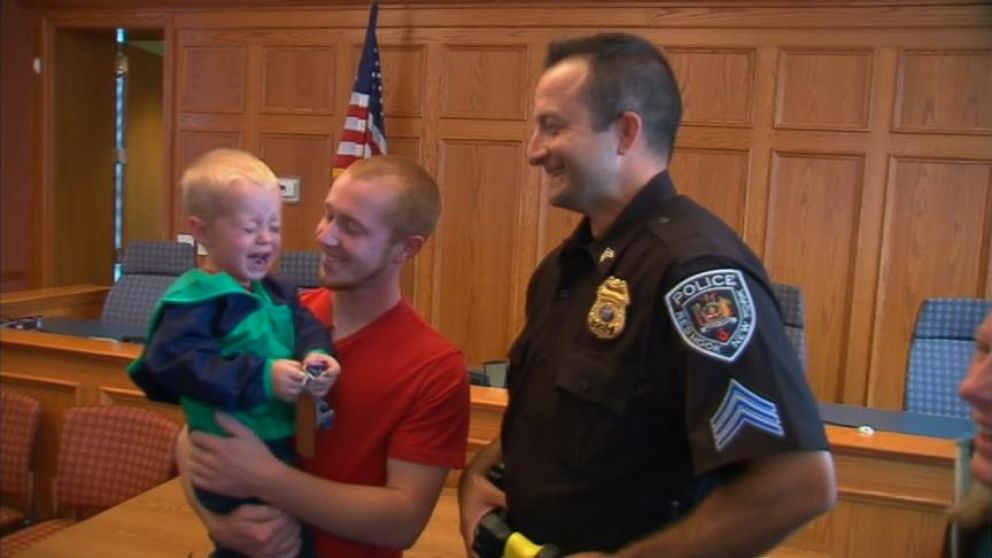 A police officer in upstate New York saves toddlers life while driving him and father to hospital.

The son, Matthew Morgan, suffered a seizure and collapsed and his father, Matt, grabbed him to go to the nearest hospital. As the father was speeding to the hospital, Sgt. Hildenbrand spotted him as he slammed on his brakes as he approached his police car.

“I was going and then he hit his lights and then as soon as I seen that, I stopped and I ran to his car. You get through traffic a lot faster,” the father, 19, told WABC-TV.
An officer for nine years and a former firefighter of 17 years, Hildenbrand said his instincts and training kicked in after the three hopped in the police SUV. After Hildenbrand asked the father where he came from, the officer said he made a split-second decision to drive directly to the hospital instead of waiting for an ambulance to arrive.

“I don’t live too far from him, so I knew time was of the essence,” Hildenbrand said. “I had to get to the hospital as soon as possible.”
Morgan and his son were in the back seat as they were driving to the hospital to the hospital the officer simultaneously performed CPR on the boy.

“I reached my hand back here as I’m driving, moved my body over and started doing all the compressions and feeling for a pulse while I could still operate the vehicle,” Hildenbrand said.
As they arrived to the hospital, Sgt. Hildenbrand continued CPR while he carried the boy to doctors.

“The medical staff did their stuff and the baby started crying,” Hildenbrand said.