What Everyone Should Know to Stop Bleeding After an Injury 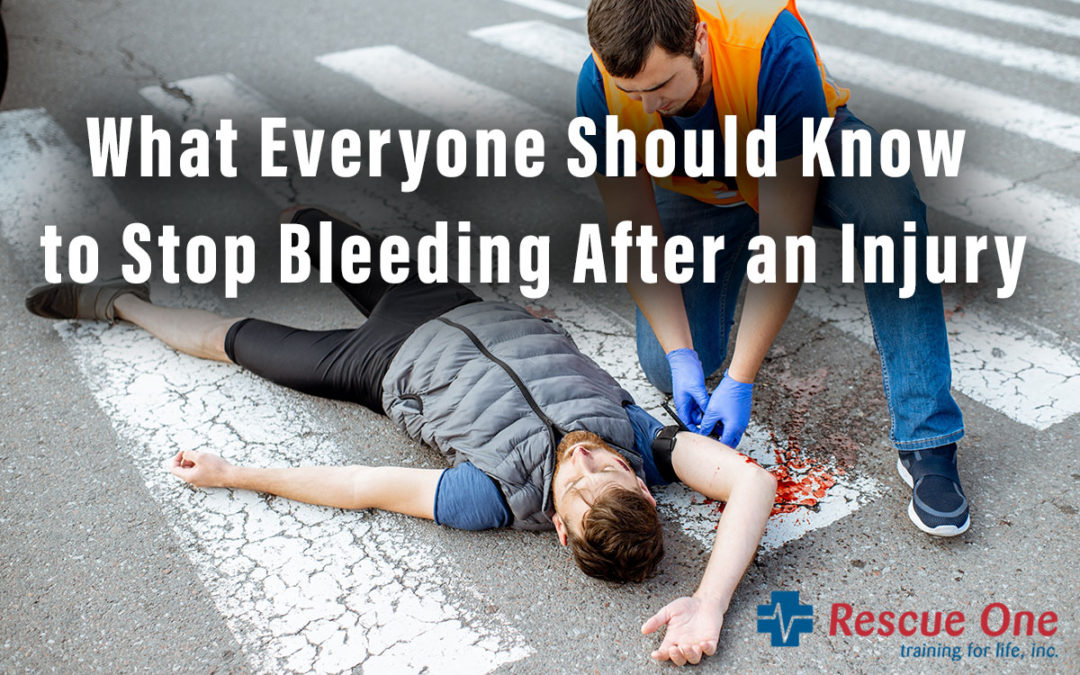 Uncontrolled bleeding is the number one cause of preventable death from trauma. The greater the number of people who know how to control bleeding in an injured patient, the greater the chances of surviving that injury. By learning what you should do in case of an emergency bleeding situation, you could save someone’s life… including your own!

What to Do in a Traumatic Bleeding Situation

If possible, call 911 or have someone else make the call.  This will get trained first responders on the scene as soon as possible.

Step 2  Find the Source of the Bleeding

There are a number of methods that can be used to stop bleeding and they all have one thing in common — compression.   This means quite simply, compressing the blood vessel in order to stop the bleeding.  It is best if you have access to ta trauma kit, like the ZOLL Mobilize (available from Rescue One).   If you do, use a tourniquet to stop flow of blood by placing it above the wound.   If you do not have a trauma kit, you can apply compression by using a clean cloth and apply pressure by  pressing directly on the wound with both hands.  Apply direct pressure to the wound until medical assistance can arrive.

The American College of Surgeons has  a great downloadable Stop the Bleed Booklet that walks you through each step of the process.

The Mayo Clinic provides the following steps to dealing with a severe bleeding situation.

For severe bleeding, take these first-aid steps and reassure the injured person.